The servo rack was installed into the fuselage with a couple of Savox servos.  The rudder wires can be seen attached for initial fit testing. 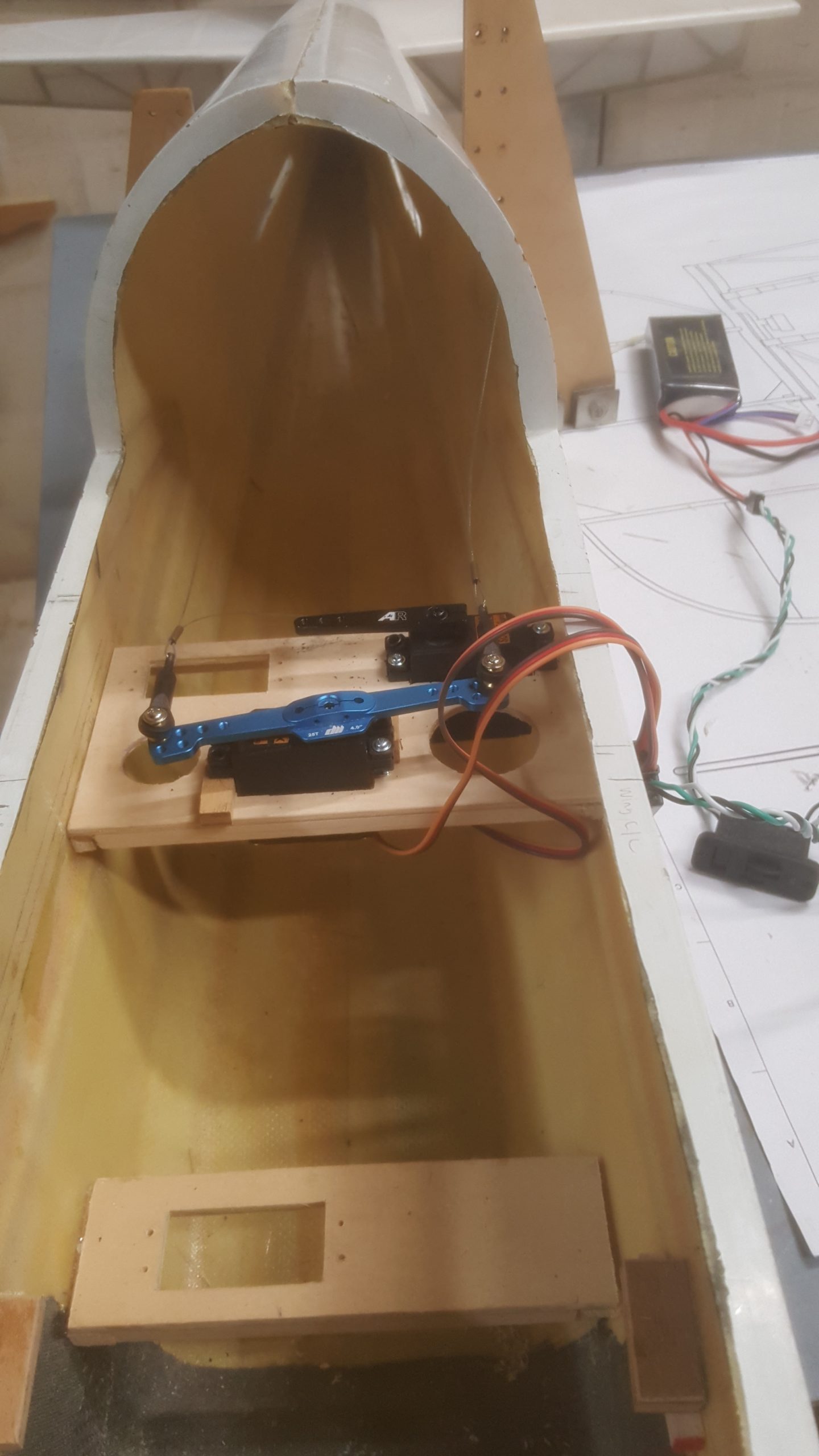 Below, the wing tube and other holes were drilled and the wing spar tube aligned and glued in place 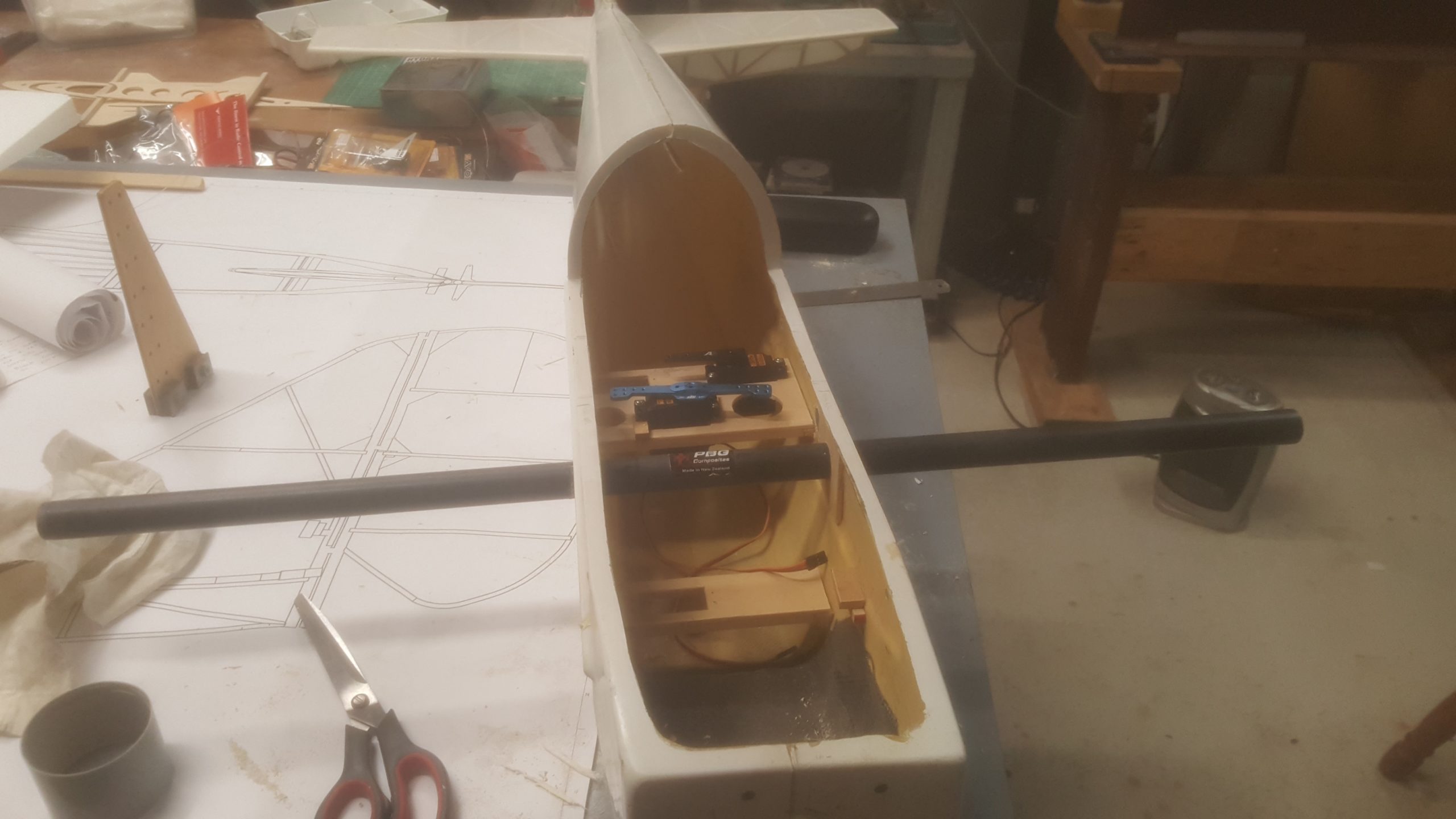 Less than three months after replacing my phone camera lens I’ve broken it again, so all the photos are going to be a little hazy.

While waiting on the canopy to arrive, it was time to get the wings sorted out.

The foam cores needed a strip of fibreglass glued to the top and bottom trailing edges to give them strength, and balsa leading edges were glued on.

A hole had to be measured and cut under the wings for the aileron servos, as well as for the centre plywood rib which was glued in. 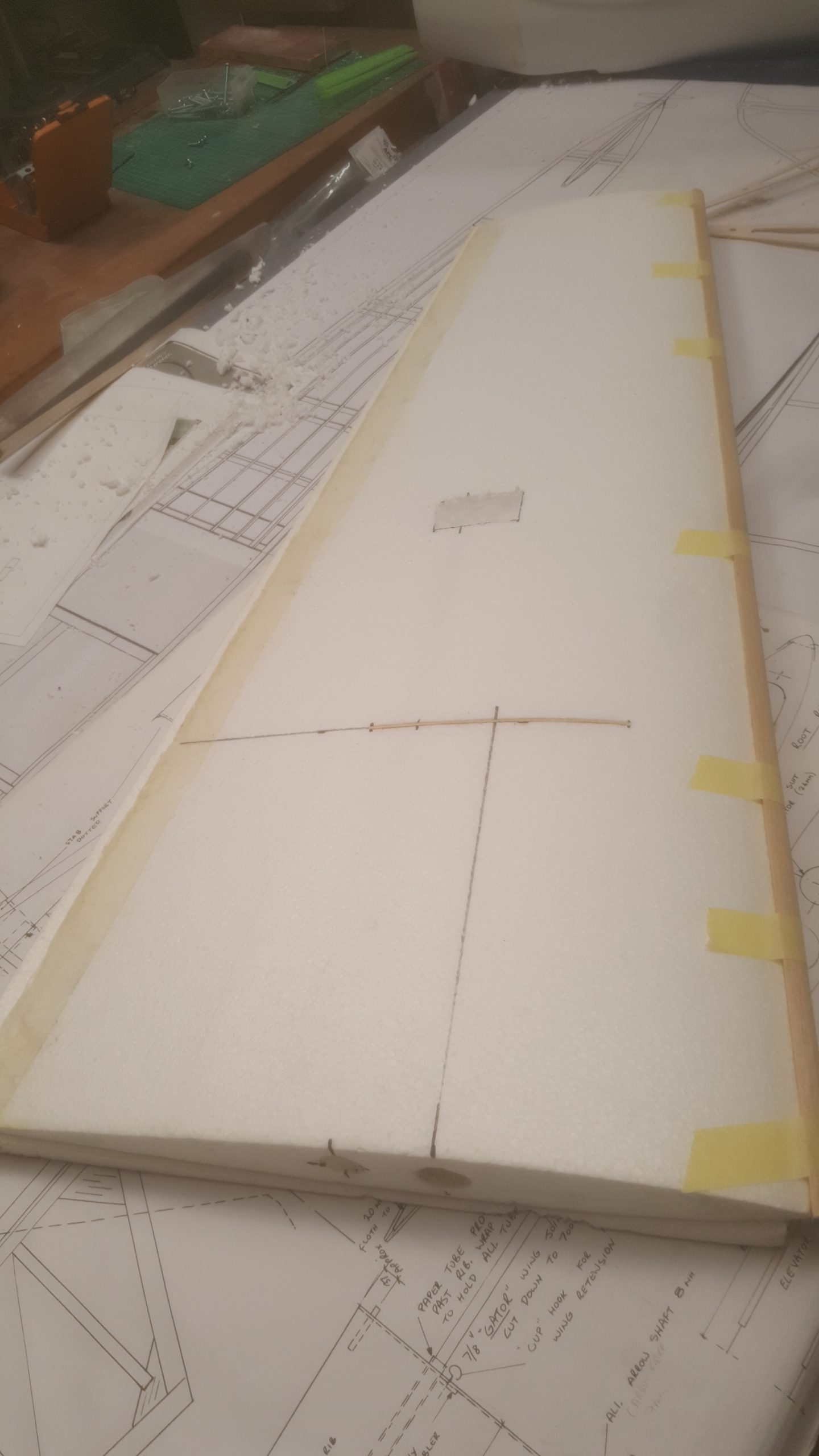 Now a rather tricky hole had to be made through the wing to the servo cutout for the servo cable to access the receiver in the fuselage.

For these the tip of a 12mm steel rod was heated with a blowtorch, placed into a rough jig and rammed through the wing, melting the foam as it went.

It’s a lot easier than it sounds really. 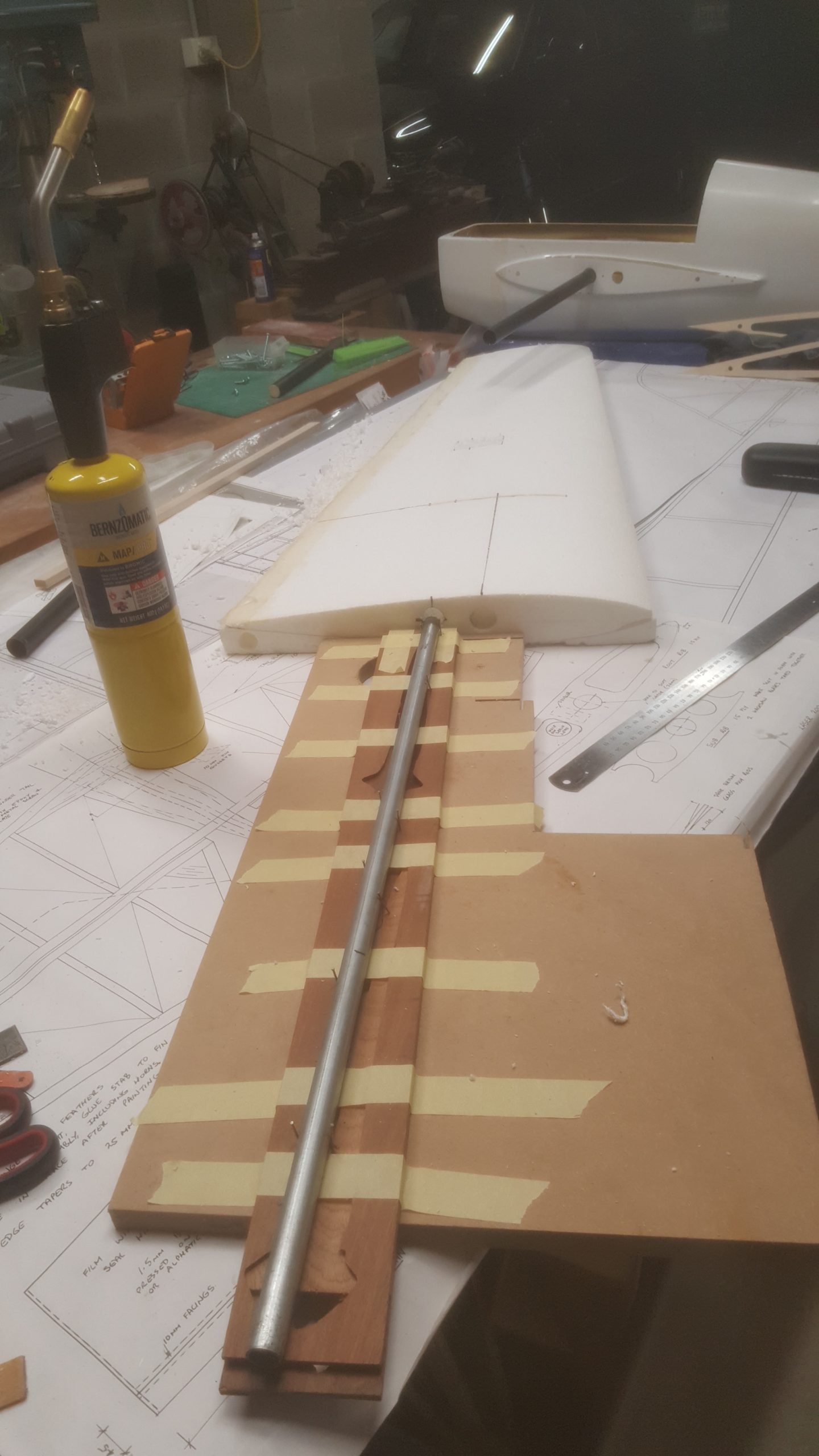